Dan Gilbert doesn’t plan to give up control of the mammoth mortgage company that he launched 35 years ago — or apparently its iconic Detroit headquarters — on the road to taking the company public.

Any effort to move the “corporate headquarters outside of Detroit, Michigan will require the approval of 75% of the combined voting power of our common stock,” according to the S-1 filing with the Securities and Exchange Commission, which is filed in anticipation of an initial public offering.

The Detroit nugget is listed along with other restrictions in the deal that are designed to discourage any takeover of Rocket Companies, the parent of Rocket Mortgage and Quicken Loans.

“Dan Gilbert wants Quicken to be in Detroit,” said Peter Henning, a law professor at Wayne State University in Detroit.

“So he’s not going to be willing to move it to Cleveland or anyplace else,” said Henning, who said his daughter works at Quicken.

“It’s a Detroit-based company and he doesn’t want to see it moved.”

Gilbert’s brand is a Detroit powerhouse — much like Stroh’s beer or J.L. Hudson’s stores of years ago. The annual Rocket Mortgage Classic brought the first-ever PGA Tour event to Detroit. 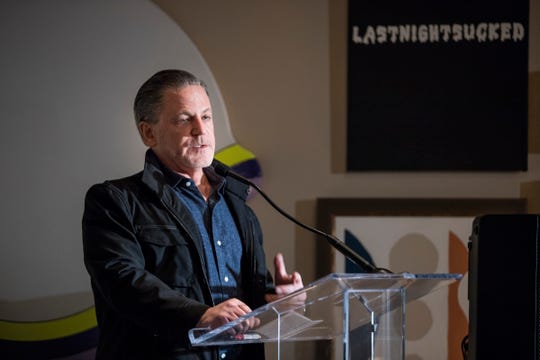 Quicken Loans employs thousands in the city. The SEC registration noted that the company has 20,000 team members in the United States, including Detroit, Phoenix, Cleveland and Charlotte, N.C.

No employees are members of a labor union “or subject to any collective bargaining agreement and we have never experienced any business interruption as a result of any labor dispute,” the filing stated.

No one who lives in Detroit needs to read the filing to know how important Gilbert has been to the revival of the city’s once abandoned downtown.

Gilbert is chairman of Rock Ventures, which, “through affiliates controlled by Dan, has invested and committed billions to acquiring and developing more than 100 properties, including new construction of ground up developments in downtown Detroit and Cleveland, totaling more than 18 million square feet in Detroit’s downtown urban core,” according to the filing with the SEC.

Gilbert’s holding company, Rock Holdings, will control 79% of the combined voting power of Rocket Companies’ common stock following its IPO. Gilbert and his wife, Jennifer Gilbert, each hold board seats.

The SEC filing on Tuesday does not list the expected price range for the stock, which will have the ticker symbol RKT.

Rocket Companies has multiple classes of shares, so experts note the Rocket Companies will not be included in some of the major benchmarks, such as the Standard & Poor’s 500 index.

Kat Liu, an analyst at Chicago-based IPOX Schuster LLC, said she would expect that we’d see a range given for the expected share price for the IPO within two weeks from updated SEC filings. The IPO price is set a day before the stock begins trading on a stock exchange.

The road show is essentially a sales presentation to major investors, including big-name mutual funds, such as Vanguard or Fidelity. Given efforts to stem the spread of the coronavirus, Liu said the road show would most likely take place via Zoom, instead of face-to-face meetings.

The flagship Rocket Mortgage’s online platform and app will fuel the digital buzz at a time when investors have shown an interest in several IPOs, such as online used car seller Vroom and the Warner Music Group Corp.

The Rocket IPO filing plays up the possibility of seeing more millennials — who favor the digital experience — taking on mortgages to buy homes as they get older, earn more money and build wealth.

More: Quicken Loans IPO: Why it may need the cash and who gets rich

The Rocket Companies filing noted that 75% of clients who use the online platform or app are first-time home buyers and/or millennials.

The IPO paperwork noted that millennial homeownership rates, which are about 32%, remain significantly lower than the homeownership rates of Generation X and baby boomers. And millennials and other consumers want “technology to deliver fast, tailored solutions to the palm of a client’s hand,” according to the filing.

If all stays on track, Liu said, the Rocket stock is expected to being trading by the end of July.