Karuna Therapeutics, NextCure, and Cortexyme aren’t household names when it comes to investors looking at initial public offerings (IPOs), but they’ve been generating big-time returns for investors who didn’t buy into the hype of more familiar names like Uber or Lyft.
“The long-awaited debuts of mega unicorns Uber and Lyft were mega busts, capped off by WeWork’s kamikaze IPO attempt in September,” said Kathleen Smith, principal at Renaissance Capital. “But beyond these headline-grabbing disappointments, the IPO market had a mostly good year.”
Who were the winners in 2019? According to a CNBC report, “health-care and technology companies were the best performers for the fifth year in a row. Karuna Therapeutics took the top spot with a roughly 380% gain year to date. Smith pointed to the FDA approving new immunotherapy and cancer drugs “faster than investors thought.” Medical device companies also performed well and were widely seen as M&A targets, according to Smith.” 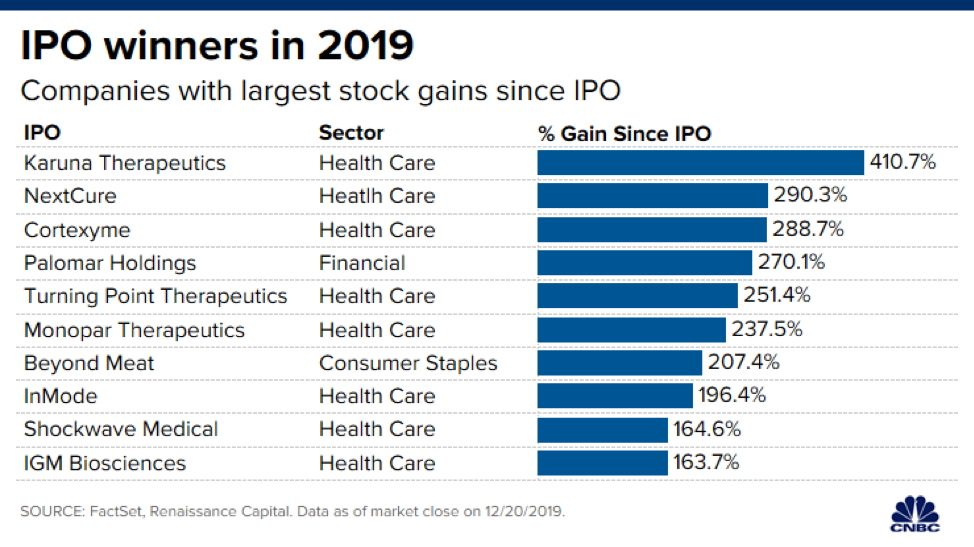 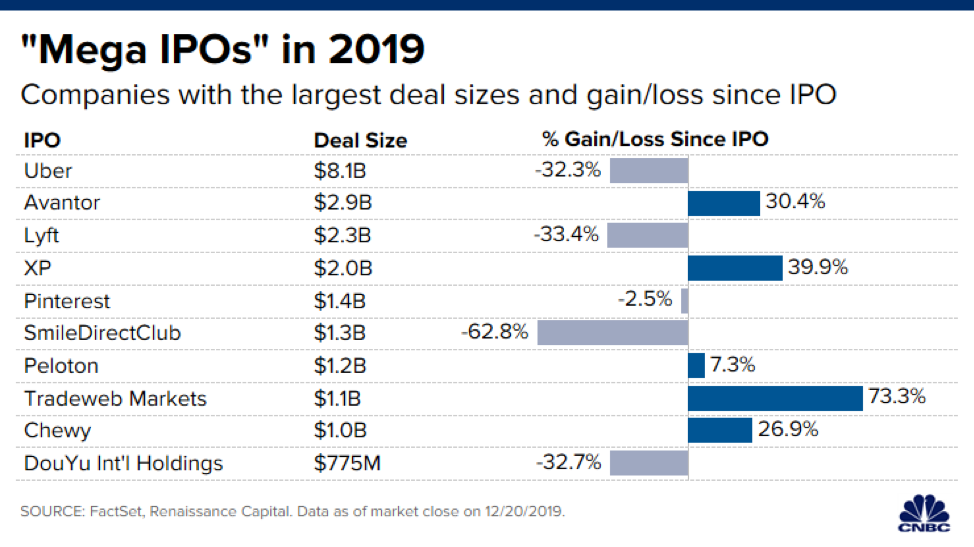 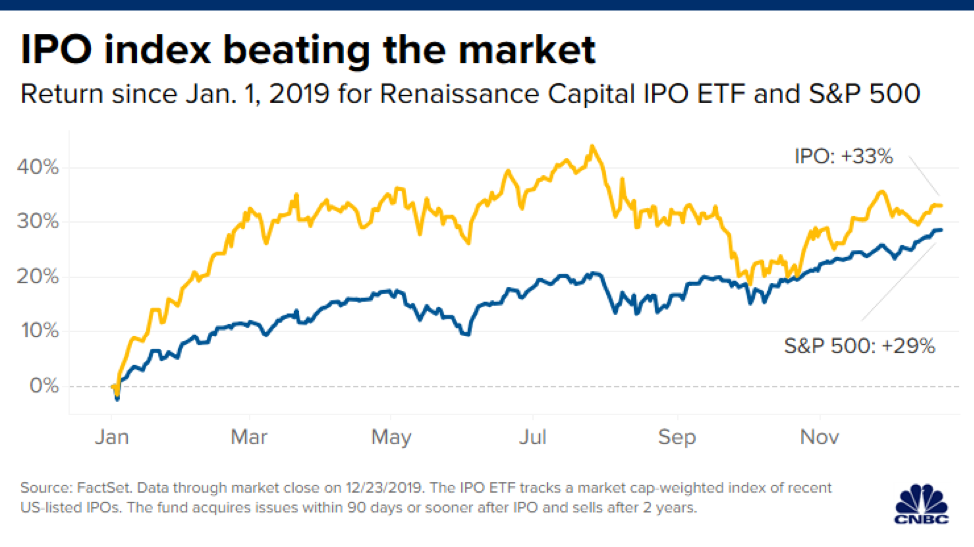 In addition to IPO, there are other funds were investors may want to get broad-based IPO exposure. Another fund worth looking at is the First Trust US Equity Opportunities ETF (NYSEArca: FPX) —FPX seeks investment results that correspond generally to the price and yield of an equity index called the IPOX®-100 U.S. Index, which seeks to measure the performance of the equity securities of the 100 largest and typically most liquid IPOs, including spin-offs and equity carve-outs of U.S. companies.
Who were the worst performers for IPOs in 2019? Unfortunately, it was Chinese IPOs—the CNBC report cited “trade war fears and an economic slowdown in China. Deal count slowed slightly, with IPO count falling to 159 and proceeds about flat. Average total returns for IPOs were 20% while the average first-day pop was roughly 18% — the highest in six years, according to Renaissance.” 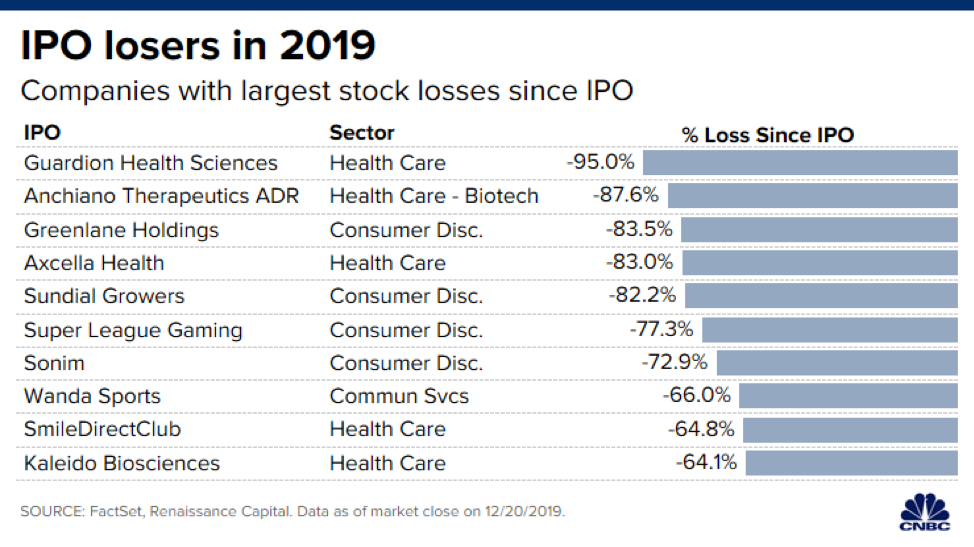 This article was originally published on ETFTrends.com.

SoftBank aims for Arm IPO after deal with Nvidia collapses